Evolution of the Music Performance 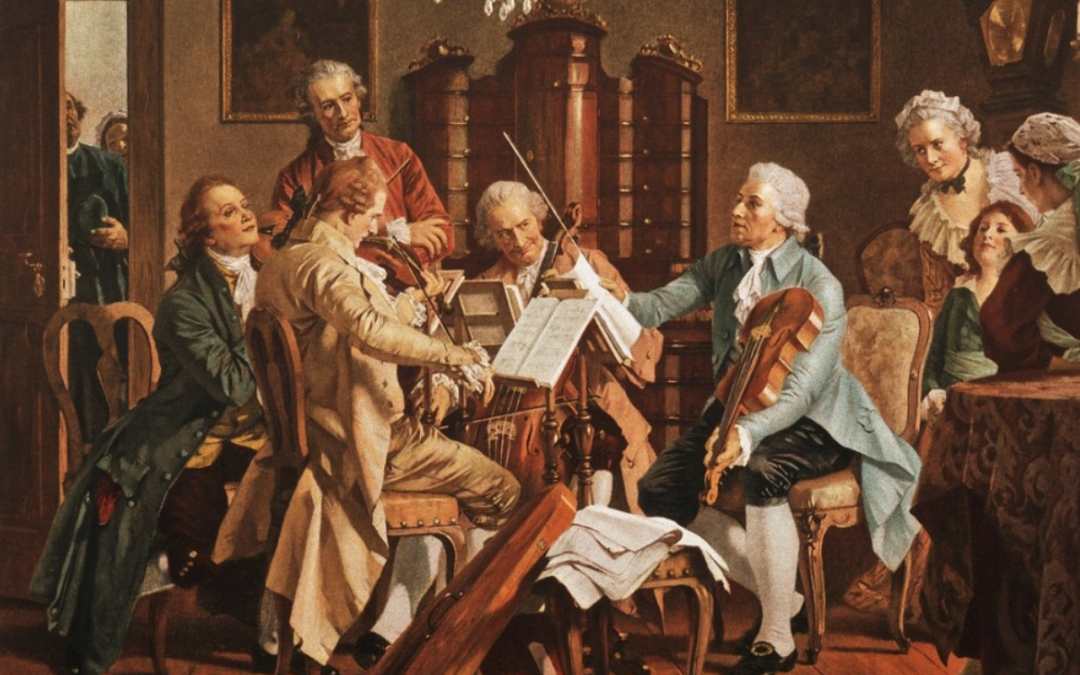 Evolution of the Music Performance.

Evolution of the Music Performance.

Learn how the way of music playing and composing changed in the 18th Century.

We have a new topic at LAO Blog. This time, we talk about the evolution of the classical music ensembles during the 18th century. As we all know, a musical ensemble is formed with a group of performers playing different instruments. We have different types of ensembles depending on the number of the members (forming quartet, quintet, sextet, symphony, concert band…) However, we will analyse how these ensembles evolved from the 18th century until getting them to know as they are nowadays.

It is fairly known that the way chamber music was composed and played totally changed in the 19th Century. We will see now how.

Until this era, the famous composers were musicians employed. That means, that they used to compose music by order of their patrons. These patrons were usually aristocrats and rich people who enjoyed the musical performances with all their guests, being composed and played exclusively for them. Joseph Haydn was the main and first composer of the classical chamber music as we know it nowadays. Therefore he used to compose music for the aristocracy. Nikolaus I was one of his patrons who wrote many string trios for. Mozart for the King of Prussia, and that way many other famous composers of the era.

Once Aristocratic Europe turned into a not that wealthy society due to the bankruptcy, all these and new composers needed to look for new ways of making money. And that was when the composers started creating music for professional musicians to perform concerts for the society. That way, they could sell their compositions and get paid with the selling of the subscriptions and receipts of the concerts given. A new way of music performance came to Europe. A musical era for everyone.

This, within the development of the new methods of designing and constructing the string instruments, they got new instruments to use in all the concerts for the society, with richer tones and more power. Now the instruments were highly listened and performed in every time bigger halls and concert rooms. Also, if we consider that at the same time the pianoforte became more popular and widely used when they got an also more powerful sound. That was when composers such as Mozart started composing pieces with the pianoforte playing a leading role. Altogether made the musical ensembles and classical chamber music as we know nowadays. Piano playing the main role accompanied by the orchestras, trios, quartets or any other form of ensembles kept on going until know the 21st Century and for many more years keeping the same beautiful way of performing.

Creating music and sharing it with everyone is our passion and commitment at LAO.