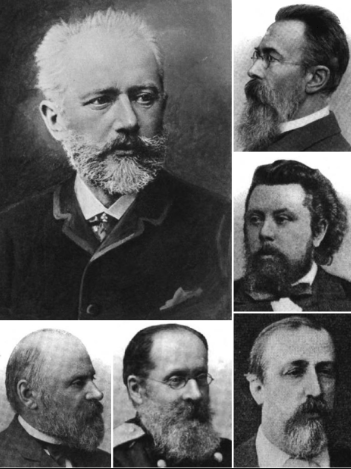 Anthony Elward, one of our adult violinists within LAO has recently written a new article which has been promoted on WKMT Music Blog, and here we bring it for all our readers.

Anthony’s articles are quite interesting, since the point of being resources of study and analyse music topics. In his previous articles, he has been writing about music eras, history, main composers and characters of certain regions or styles, folk and traditional music, impressionism, etc. Plenty of topics quite interesting to read fully and analyse.

This time, he writes about Russia. Yes, classical music in Russia. Being a summarise of some of the most important points of the proliferation and extension of Russian music to the world.

Russia has history, and also with its music. Due to the power of the Orthodox church over the country, there was a time in which music wasn’t allowed to the people. That’s why some enthusiasts for music decided to gather and put in common all their knowledge and ambitions within music, that way they created the famous Mighty five. Some of them were professionals and some just students or amateur of music, but that was decisive for Russia to start exploding out its talent and main characters. Rimsky, the composer of Sheherazade, was one of them, as well as Tchaikovsky (see picture).

Thanks to that, years later, the Russian Music Society was created as a music conservatoire for all the students and professional talents in need of expressing their art as Russian. Obviously, and sadly, this society was working under the rules of Stalin, so their freedom wasn’t exactly a fact. However, soon after the revolution, Russia positioned as one of the countries leading classical music in Europe.

Read the full article clicking on the link aforementioned and learn all about it.

More articles coming soon, like always about the music, our true passion.